The Evolution of Printed Circuit Boards 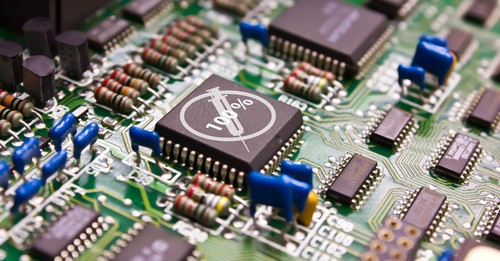 Evolution of the PCB Timeline

Photosensitive coatings and photoengraving are invented.

Paul Eisler creates a radio with a PCB. Files patent. Soon after, PCBs are integrated into the war effort and become widely used.

The Institute for Printed Circuits is founded in US.

The first pick & place machine for component placement is installed at Newbury.

Inkjet printing of legends is introduced.

The fifth automatic SMD placement line is installed at Newbury.

Newbury will introduce direct laser imaging of copper plating and resist masks to its PCB production.