How PCBs Are Changing The World | Newbury Electronics 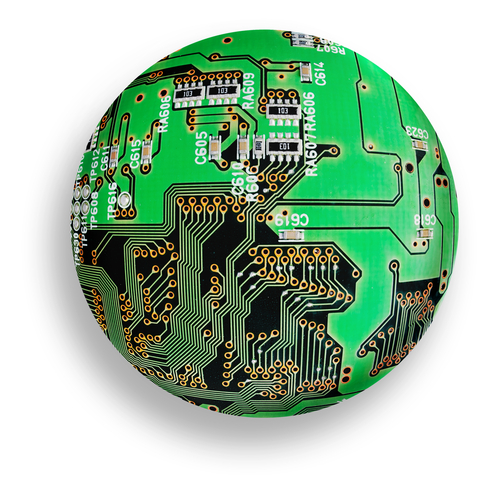 How PCBs Are Changing The World in 2017

Printed circuit boards are a source of constant development and change, and due to the prominence of electronic devices worldwide – they’re more important than ever. Recently, their use is developing and changing. Some of our favourite PCB news from 2017 can be found below:

One example that is still going on is the use of printed circuit boards in modern smartphones by the leading manufacturers, Apple and Samsung.
One leak from ET News regarding the Samsung Galaxy S9 has reported the device will use a “substrate like PCB”( http://gadgets.ndtv.com/mobiles/news/samsung-galaxy-s9-slp-motherboard-larger-battery-1735571) for the motherboard so that there will be more space in the device for the battery. The board is incredibly efficient and reduces the board size drastically. The SLP next-generation board is set to change the smartphone industry – Apple are also looking to implement the same advanced circuit board technology into their new iPhone. This will likely set the standard for other smartphone manufacturers.

The cost of producing small satellites is set to drop drastically after one firm is planning to 3D print their circuit boards. This would cut development times considerably for the satellites – enhancing the capabilities of the small-satellite space industry. 3D printing components has also made other processes far more efficient in recent times.

In July 2017, an Indian company has developed low cost microwave printed circuit boards. Prior to this they were importing them for over triple the cost they now develop them for. These are used in devices like mini GPS antennas, implantable medical devices and other antenna devices.

Internet of Things (IoT) has come under a lot of scrutiny in the area of security. Some examples of these devices if you’re unfamiliar are smart home devices like the Nest Thermostat or Amazon Echo, and wearables like Fibit or smartwatch products. These devices use the internet to constantly collect and communicate data. Their very design makes security a constant concern as they are often easily hacked and the safety or privacy of the consumer can be at risk.

IoT products are now using more and more complex security software to get around this issue. Even the hardware is being improved however, the producers of the chips or boards are now incorporating security measures in the circuitry itself. These are changing the microcontrollers, microprocessors, system-on-a-chip and field-programmable gate array components. These fulfill different security levels according to the needs of the IoT device. These developments are very promising for future use, and should lead to more widespread use of the technology.

PCBs are developing every day, and continue to be an essential driving force in the electronics industry. There are new uses almost every day as the potential of printed circuit boards seem to be infinite. Are there any you’ve seen that we’ve missed? Let us know in the comments section below.