Back in 2017, Newbury Electronics reported on the UK’s shortage of engineers and the urgent need to significantly increase the number of people in the country with engineering skills. In particular, the statistics showed that only 23% of UK STEM roles were held by women and that the UK had the lowest percentage of female engineers in Europe. So what’s been happening since the reports came out to help tackle the skills shortage?

The ‘Year of Engineering’

In response to the statistics that were published, the UK government announced 2018 as the ‘Year of Engineering’ in order to tackle the engineering skills gap and widen the pool of young people interested in core STEM roles. A year-long national campaign was launched with partners across industries joining together to create projects designed to inspire interest from both male and female students in science, technology, engineering and maths (STEM). Campaigns like This is Engineering and Tomorrow’s Engineers Week helped to create awareness across social media and change perceptions of what it means to be an engineer. Both of these projects garnered a lot of support, including from big companies like Apple and Facebook, and continue to make positive steps in 2019 in solving the skills shortage crisis.

Getting more women in STEM occupations

In 2017 the reports highlighted that women in engineering only accounted for 9% of the total engineering workforce in the UK and so increasing diversity in the industry is essential for its future. Fortunately, there is good news coming from the campaigns over the last year trying to get more women in STEM roles. It’s been reported that the Women in Science and Engineering (WISE) campaign is on track to get 1 million women working in STEM professions by 2020. Research by WISE found that there was an increase of 440,040 women in core STEM occupations since 2017 taking the total to over 900,000 for the first time. However, it is a fast growing sector and an additional 200,000 men taking up new positions has meant the percentage of women in the STEM workforce actually dropped. 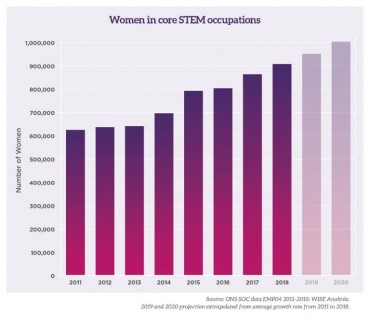 Looking at engineering roles specifically, the number of women working as a professional engineer has more than doubled since 2013 and females now account for 12% of the engineering workforce. Whilst this is still very low, Newbury Electronics is thrilled to see the numbers going up for the industry!

Why women could be the solution to the engineering shortage

Engineering in the UK is currently being threatened by a skills shortage that is putting 64% of engineering employers at risk. The sector plays a critical role in the economy, contributing around 26% of the UK’s GDP (EngineeringUK), as well as being crucial to the way of life for businesses and individuals alike. There is however a shortfall of around 20,000 engineers annually which could be affected further by the outcome of Brexit which risks reducing the amount of international engineers coming to work in the UK. So solving the skills shortage needs to be a high priority for the country. But there is one obvious area where one group could be the solution to the engineering shortage and also cause improvement in the sector itself in terms of diversity and effectiveness - women! 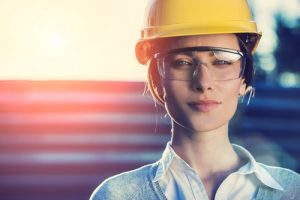 Women could (and should) be the answer! At present, only 9% of engineers are female. This is the lowest in Europe and is unfortunately resulting in far fewer engineers than the UK needs. This is also indicative of the sector being male dominated and unappealing to females, with little encouragement throughout education years to get women to consider STEM subjects as a career path. Only 20% of A Level physics students are female and this has unfortunately not changed for 25 years. With growing awareness, the amount of women engineers is improving very slowly, but it is not enough to meet the business demands of the UK.

What are the incentives or benefits to an engineering career?

When women do find their position in engineering, research has indicated positive trends towards happiness. In a survey of 300 female engineers, 84% actually reported being happy or extremely happy in their engineering career. Engineering is also one of the best career paths in terms of job security and reliably securing a high wage. Diversity in the workplace has benefits in achieving a variety of viewpoints, better relationships with customers or partners and, according to a recent McKinsey diversity study a likely chance of getting a higher financial return than others in the same industry. A fresh perspective and a different way of thinking can add tremendous value, especially in a field where problem solving as a team is paramount. Innovation is also key to engineering and other industries and is greatly supported by a diverse team, so the UK needs to act now. 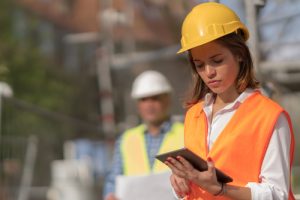 Engineering to help the world

Stereotypically, there have been some reports or ideas that the majority of women generally prefer to do jobs that help people, whereas most males prefer to fix problems. Even if this is true, engineering jobs actually bring both desires together - the problems that are fixed lead to a quality of life improvement for people all over the world. Often engineering is thought of as purely a problem solving sector and this could be contributing to the difference between the genders. Every field requires problem solving with helping others as the end result. This is at a grand scale in terms of helping the economy as well as transport networks, housing, waste management and other infrastructure. This is why it's so important to spread the word. 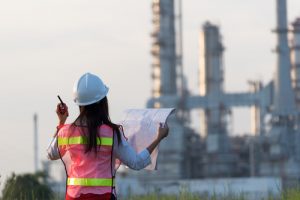 For these reasons (and many more), Newbury Electronics has designed an infographic to help spread the word about increasing diversity in STEM. It aims to explain the perks to being a female engineer and why it's so important for the sector itself to encourage the women of the future to get involved. Our infographic summarises the facts and more to raise as much awareness as possible. If you wish to support the cause, please feel free to share our infographic and engage with us on Twitter and Facebook.

We’re also doing this in direct support of International Women’s Day 2017, which will take place on June 23rd. If you’re curious about the event or how you can get more involved, please visit the site of the official event as well as the Women’s Engineering Society.