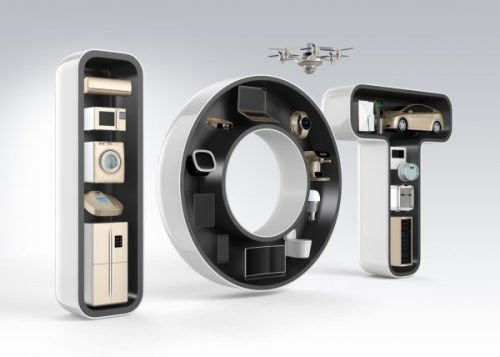 Over the last decade there's been so much hot air and marketing hype published about IoT (Internet of Things) that any developer could be excused for ignoring it, but, regardless of whether you're product is industrial, consumer, medical or whatever, it would be a big mistake to do so:

There are some big changes taking place in the marketplace that are dispelling the hot air!

Regardless of whether your product is a light, space heater, kettle, electromagnetic field strength meter for cryogenic systems, toy, pet tracker, sat nav, tensile testing machine, or any kind of industrial or consumer equipment, IoT is important to you. In what follows I'll develop an argument that supports the assertions I've made by explaining: what IoT is in common language; the movements in the market that are now making it possible (entirely commercial since the technology necessary for it has been with us for decades); and how the team at Newbury Innovation Ltd, with its dedicated offering of software/firmware/hardware electronics experts/engineers, can bring your product into the IoT world.

For centuries industrial success has been defined by designing and building machines that can measure and collect data so that other, or perhaps the same, machines can carry out tasks efficiently and easily. Let's take the steam locomotive as an example...

...Some people think that steam locomotives are filled with water and just use it all at once, but they don't. Water is injected a bit at a time into the boiler from another tank, and it is only when this auxiliary tank is empty that a steam locomotive must stop and refill with water. There is a gauge that looks rather like a thermometer which indicates how much water/steam is in the boiler, and it is this that prompts the Fireman to open a valve and put more water in if the indicator suggests the water level is too low (note that the consequences of not doing it are catastrophic!). The Fireman may take other actions such as stoking the fire or informing the driver of the status of the boiler so that any number of other activities might ensue.

The IoT in this 19th century system is the Fireman

He coordinates the collection of data from a multitude of sources and uses it to control other machines. Now let's evolve this analogy such that it stands as a modern IoT system, which you may now have gathered is essentially the intelligent coordination of many of the activities that have traditionally been carried out by a human, but also noting that the human is not replaced; we are not there yet but IoT is a big step in that direction.

Let's take a case that combines a semi-industrial/agricultural system with domestic life. Cows may need to pass through a gate (automatically opening) at a pre-defined time for milking. This dovetails with domestic habits because people will want this to coordinate with the time at which they are happy to rise. So, automatic gate opening could be coordinated with the central heating coming on in the morning, or the kitchen light being switched on, or any number of other things that might be deemed suitable, all on the same platform. As long as all the hardware is compatible and there is standard and accepted software base, this can all become reality. The hardware to implement the above has existed for decades, but there's not really been any universally accepted basis for software and firmware (the code that's actually written into computers that are part of most modern hardware).

This has all changed: there are some big boys interested now and we're all on the cusp of a revolution.

Apple has the 'Home Kit', Amazon has Alexa and Google's made a pitch as well. I think either Apple or Amazon are likely to be successful; Amazon being developer friendly and easy to implement and Apple being positively awkward from the developer's point of view, but products developed in accordance with Apple's rules are more likely to be robust and work properly.

If you're developing or have a product of any type and think for even a minute that IoT might have relevance for you, get in touch with Newbury Innovation and we'll help you to be part of the nascent IoT revolution.