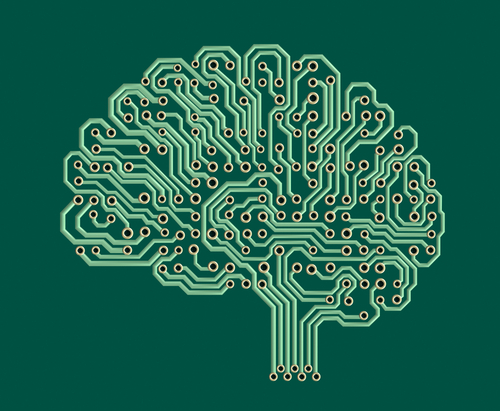 What does the future hold?

Technology moves so quickly in the modern age that it is difficult to keep up with the advancements that scientists and engineers are making. In 2015 we've seen leaps in 3D printing technology and the development of futuristic materials such as graphene. Though these technologies are in their infancy, they should start to have an impact on the world in the next few years. 3D printing and graphene are only the start though. We are expecting even more electronic and technological advancements in the next ten years. What impact will they have on the lives of humans?

We're already seeing the beginnings of wearable computers with the advent of Google Glass and the Apple watch. The Oculus Rift has also recently emerged as a virtual reality head-mounted display. The wearer sees the display as though they are inside the video or game that they are using! However, in the next ten years it is predicted that wearable technology will be far more developed. It is expected that the keyboard and mouse will be redundant. Some technologists even predict that computer and phone screens as we know them could become completely obsolete. Instead, tiny computers that we wear on our persons could become the norm. Rather than being bulky and obvious like the Google Glass, contact lenses and glasses could allow us to surreptitiously browse websites. Nanotechnology would make these advancements possible. Components are getting smaller and smaller each year, so it won’t be long before our electronics can be completely minuscule. This could develop even further. It is currently possible to plant a computer chip into somebody’s brain and have it respond to simple neurological signals. This technology could become far more advanced, meaning that computer chips will be able to respond to the currently mysterious nuances of human thought. Beyond wearable computers, they could become a part of us!

We’re starting to see drones more and more, and this is only set to increase. Known to technologists as UAVs (unmanned aerial vehicles), the likes of drones had previously been seen in science fiction films such as Star Wars. However, in 2012 the U.S Army employed over 7,000 UAVs. Drones are increasingly becoming a key aspect of modern conflict and warfare. Warzones are not the only places where we can expect to see drones however. Amazon announced in 2014 that they were planning to launch Amazon Prime Air. Described as the ‘future delivery system for Amazon’, the company are working on drone technology as a delivery method. This is just the beginning of the ways in which drones could be used. Maybe this will be how we get to work in the future? Some people have reservations about drone development because they believe that it would have ramifications for personal security and increase our societal obsession with surveillance. The idea of aerial security cameras that are able to peer through any window or over any wall certainly has its negative connotations. Despite the reservations of some however, it might not be long before our skies start looking a lot busier, as drones are put to use more and more.

Some cars are already capable of parallel parking themselves, and others have sensors that stop you going too close to the driver in front, so self-driving cars could be next, right? Both Google and Apple are already attempting to develop and perfect this technology. Along with it being really convenient to have your car drive you along, it is probable that self-driving cars would be much safer. Self-driving cars would be able to sense the presence of other cars on the roads, and wouldn’t make the errors in judgement that human drivers are often guilty of. They’ll have computerised knowledge of the roads which are ahead, along with the ability to predict and sense incoming dangers before they appear. Eventually, we might be able to eliminate car crashes almost completely, but the technology is not quite there yet. Give it ten years maybe?

This incredible new technology is currently in its infancy, and is only set to expand exponentially. 3D printing works by programming the printing machine to follow intricate blue prints from digital files. The printer joins together the various layers of the desired material. The potential for different shapes is endless. Some experts predict that advancements in 3D printing could revolutionise the consumer and industrial goods industries. People could simply print their own goods rather than purchasing new items.
However 3D printing could get a lot more impressive than this. The Wake Forest Institute for Regenerative Medicine has printed body part scaffolds that can be used as a mesh on which cells can be grown. Similarly, we’re also starting to see the beginnings of printed food! The Foodini 3D food printer is being marketed by Natural Machines as the future alternative to the microwave. It can create laborious dishes in a matter of minutes. If this is the level of the technology right now, the possibilities for the next ten years could be astounding.

So there you have it, our predictions for the not-so-distant future of technological and electronic innovation. Maybe we’ll look back on this post in ten years and be impressed by our own foresightedness. Or maybe we’ll laugh at how far off our predictions were. Only time will tell.