The Internet of Things

Innovation, convenience and the Internet of Things

Whether you’re the person who leaves the lights on and gets yelled at, or the person doing the yelling (and likely paying the bills) you’d benefit from the Internet of Things. In short this is the networking of various devices using software, sensors, network connectivity and more to use and exchange data to fulfil some sort of purpose. One of these more popular devices uses innovative PCB design to control your heating (or cooling) based on past usage data as well as the capability to operate it remotely from your phone. More obscure ones involve a device that measures air quality and another that monitors and improves sleep quality. 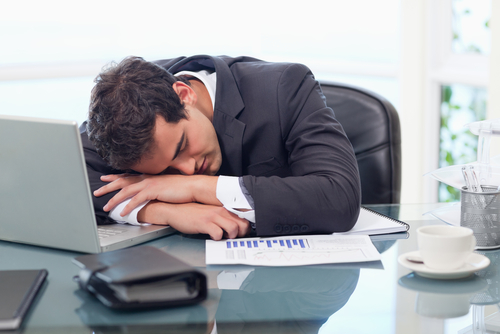 Doing your day-to-day activities is so much worse after a bad nights sleep, we’d even go as far to say that...yawn. Where was I? It can also lead to impaired performance, poor memory and open you up to a whole host of illnesses. The Aura sensor monitors many different elements of sleep from the light levels of the room, sound levels and temperature ranges. The quality of life benefits all round should make this device extremely useful to those who suffer from poor sleep.

Heating and getting heated

Heating is a common issue in many UK households. To get around our mostly cold weather, we vie for power of the heating system, just like with lighting there seems to be two extremes. One is the thrifty individual who would rather wear a thermal undershirt, thermal fleece, gloves, hat and a parka more suited to Antarctic conditions than even turn the heating on. Then there’s the opposite person who will gladly turn the heating on full blast despite being in a t-shirt because “you can’t wear a coat indoors”. One solution to this eternal argument is the Nest thermostat.
Simultaneously keeping the peace and reducing energy bills – the Nest thermostat is extremely adaptable. During its initial stages just use it as normal, it will then adapt to your schedule and only heat your home when necessary. This means it’ll save a lot of money over time and it should cut down manual use (and arguments) greatly. The PCB required to use data and learn from it is extremely complex.

There are some issues with this technology that have been raised however. There’s the possibility that your usage data from these devices could be used by companies in order to sell you certain services, or in numerous other ways using potentially sensitive data.
Another issue is the sheer amount of data being generated and transferred. This makes it easier for hackers to potentially access the data that was previously mentioned.

Another big problem that’s come up is the possibility of devices being disabled remotely by the company. This has already happened after Nest Labs acquired Revolv and shut down servers critical to the operating of the device. This made the device completely useless despite a lifetime subscription being offered as part of purchase.

Whatever your stand point - these devices are useful, despite being in a fairly early stage and suffering from a few issues. If these are ironed out they’ll be far more widely used. Who knows what the future holds.